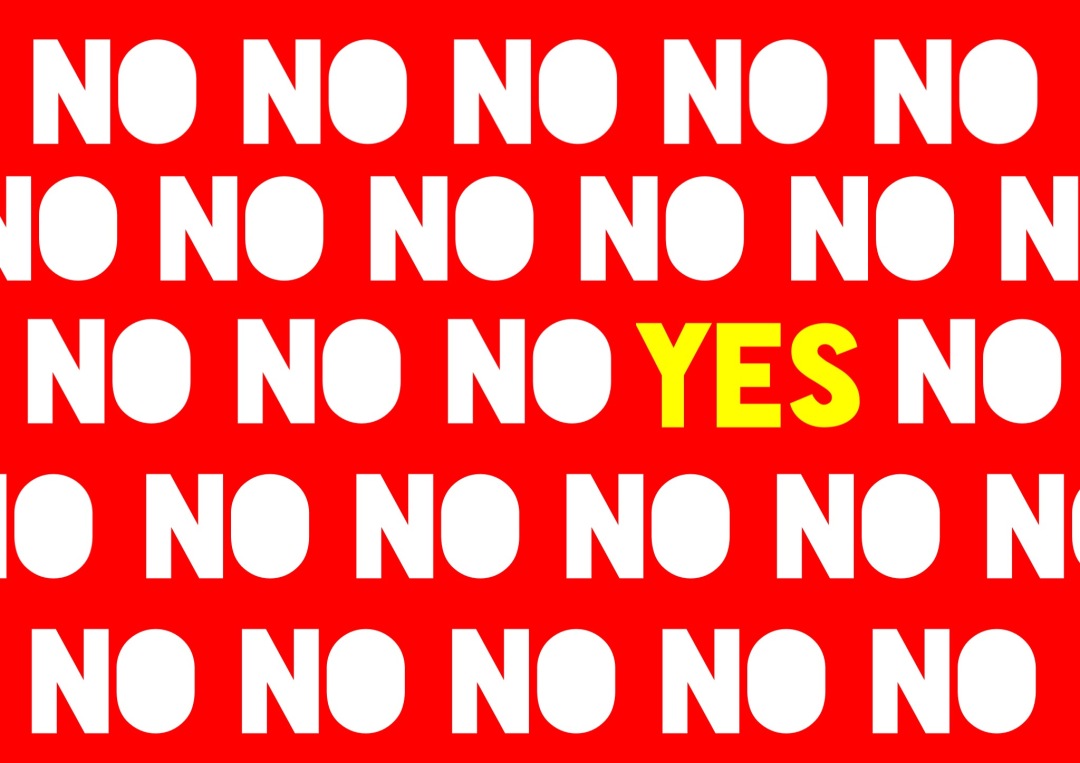 What I’m Learning From Rejection

“Hello, Thanks for the submission but it falls out of the scope of opportunities published on the website.”

That was an email response I received from a large site/publication listing dance opportunities around the world. One that I thought would be a perfect place to spread the word about The Iteration Project given its international reach and easy accessibility for people living outside of major arts centers. Apparently I was wrong. This short little “Thanks, but no thanks” email got me thinking this week about all the things this project does and everything it’s not.

It’s definitely not a summer intensive, a workshop, or a class. It’s not a residency or even a “choreographic opportunity” per se.  But it is an opportunity for self-guided practice, exploration, and conversation–all of the things that typically happen in a choreography workshop, a class, or a residency. What The Iteration Project is doing is not a novel idea. But I’m finding that it is novel in that it still falls outside the bounds of what the dance world, and perhaps the art world in general, is used to dealing with, looking for, or supporting. We’re packaged differently. We’re a bit too sparkly and oddly shaped–too weird, too commercial, not commercial enough, too unstructured, too blah blah blah–to sit on the shelf with all of the square packages. We’re round, not square. We’re a tomato asking to be called a fruit not a vegetable.

In many ways, TIP also falls outside of what we’re used to doing as artists. As artists we’re used to process. We’re also pretty used to self-motivating. We’re used to sharing our work with others. But, as the weeks and prompts pass, I’m learning that there’s something I’m being asked to do that’s different. I’m a goal-oriented, deadline-driven person. But TIP? TIP has no deadline, no ultimate goal for creation. Its a marathon, not a sprint, and there likely is no finish line. It’s making me cultivate a practice in the true sense of the word. A routine. Which, in this world, is something I’m not used to doing. Deadlines, goals, applications, shows. These are all big finish lines. They require a set amount of work for a finite period of time. But here, the time is endless, the finish line is invisible, and the work becomes a routine not a race. And, when it’s all said and done, TIP is still just a tool. No matter how closely one arranges a screwdriver next to the screw, it still requires you to drive it.

So, just like you are as an artist, TIP will continue to be a sparkly, oddly-shaped, screwdriver-weilding, fruity tomato for whom a “thanks, but no thanks” means more sparkles, a better screwdriver, and even more fruity vegetables.

2 thoughts on “What I’m Learning From Rejection”